Emoji 11.0 beta is now available for developers, with 130 Draft Candidates, such as:

The list is not final: changes can include removals or additions: for example, new ZWJ sequences could be added.
The decisions of the 2017Q4 UTC meeting for emoji have been incorporated into the draft
Charts,
Specification, and
Data,
and are now available for testing and feedback. The contents will be finalized in 2018Q1. The following are the expected dates for 2018.

The version number for the next release of Unicode emoji is jumping
from the previously-released Emoji 5.0 to Emoji 11.0 (instead of 6.0). This is
due to alignment of the emoji versions in 2018 and beyond with the versions of
the Unicode Standard.

The draft emoji 11.0β
Charts now show the candidates in context: for example,
Emoji Ordering, v11.0β shows the sorting of all the emoji, with the candidates
highlighted with rounded-rectangles.
Feedback on the sort-order,
categories, names, and keywords is welcome.

The draft 11.0β Specification has a number of changes, including proposed guidelines for
display, handling gender, handling skin tone, and a proposed mechanism for
allowing emoji to point either to the right or left. 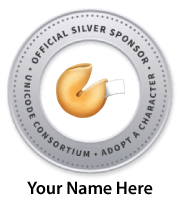